Formal Education for Personal and Professional Development: A Case of B.Ed. Female Graduates in Pokhara

The paper aims to prove that formal education acquired at university level has its direct relation with the personal and professional development of an individual. For instance, the female graduates of the study area have shown that they are benefitted in their professional teaching and personal life from the knowledge and skill they had acquired during their formal learning. In order to present it lucidly, the paper has been structured in six parts. The introductory part builds the context and states the research questions. It is followed by historical background, which deals with the development of formal education in Nepal; it also includes discrimination against women in education sector. The third part is theoretical discussion that deals with the impact of formal education in enhancing students’ skills and knowledge, problem solving and personality development. The fourth part is about methodology that briefly discusses the methods of data collection and analysis applied for conducting this research and drafting this article. The core part of this article is data analysis in which the collected data have been analyzed and the sixth is the conclusion followed by a list of references.

Mrs. Roshani Shrestha is currently a Lecturer of English at Public Youth Campus, Kathmandu. She has also taught English at various schools and colleges in Pokhara and Kathmandu. She has received her master’s degree in English in 2002 and in Sociology in 2005; both degrees were received from Tribhuvan University.

Mrs. Shrestha was a Harka Gurung Research Fellow in 2011 to conduct research on the topic entitled “Role of Education, Occupation and Income in Dalit Women’s Decision Making in Pokhara Sub-Metropolitan City” which was completed in 2013 in financial support of Social Inclusion Research Fund (SIRF), SNV, Nepal. She has also completed two research projects: one from the Dean’s Office, Faculty of Education, TU in 2012 on female graduates in Pokhara, and another from the University Grants Commission (UGC) in 2013 on Nepali writing in English. 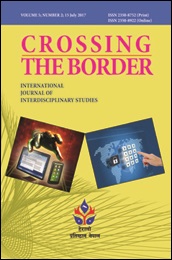