Generally, the opposite nature of brightness is supposed to be darkness i.e. shadow. For the formation of shadow, source of light; object and screen are required. We can see forming shadow, but we can not see the some rules of nature that governs the shadow. As for example- F=MA, This is the famous equation from the Newton's second law of motion. It shows the relationship among applied force F, mass of body M and acceleration produced on body A. This even helps to formulate the much famous equation E=MC². In the same way, 'Theory of shadow' also shows the relationship among the different factors. From the close observation, when the symmetrical point source is taken, object distance; area of object and shadow distance are interrelated to the nature and size of shadow. 'Theory of Shadow' focuses on how these different factors are interconnected, how do they rule the formation of shadow and finally give the whole conclusion in the beauty of equation. For this work, experimental; mathematical and geometrical procedures are being applied while in each and every trial, The 'Theory of Shadow' is found to be exactly proved. 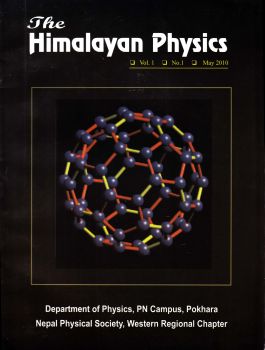