Nepal Geographical Society (NGS) established in 1961, is the oldest organization of Nepalese Geographers. It is devoted to promote geographic research, education and disseminate contemporary geographic ideas to the society through research, discussion, lecture, conferences, exhibitions and publication of books and journals. In the ad-hoc executive committee of seven members formed in 1962 under the Presidentship of Mr. Ram Krishna Shrestha, Harka Gurung served as member after his return from UK. Gurung was elected as secretary in the executive committee of NGS formed for the term of two years (1966-1968). In the succeeding executive committees of 1968-1970 and 1970- 1972, Gurung served as secretary. As president, Harka Gurung served the society from 1986-1990. He was a life member of the society. Now, NGS is 39 years old and 17th executive committee of nine members is at work. Gurung lead the society only one term as president and two terms as secretary . However, Dr. Gurung's role, guidance, aspiration and articles published in different theme and type during different responsibility of job and status in governmental and non-governmental organizations have been appreciable in the society from its birth. 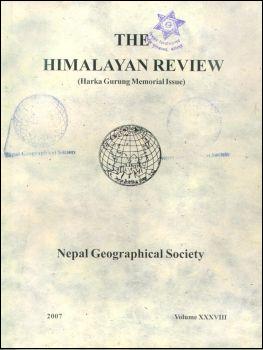