Life Skills of Adolescents According to Internet Usage

Adolescence is a transitional stage of physical and psychological human development that generally begins with the onset of physiologically normal puberty to the age of legal adulthood. This period of development corresponds roughly to the period between the ages of 10 and 19 years, which is consistent with the World Health Organization’s definition of ‘adolescence’. During this period adolescents need life skills to face the realities of life. Life skills help the young people to take positive actions to protect themselves and to promote health and meaningful social relationship. Social media like internet is playing a major role in maintaining social relations by becoming an integral part of many adolescents’ lives. The Internet can be known as a kind of global meeting place where people from all parts of the world can come together. The present study was conducted to assess the life skills of adolescents according to the usage of internet. The sample were adolescent students studying 7th, 8th and 9th standards in Chittoor district. Multi-stage stratified random sampling technique was used to collect the data. In the first stage, one private and one Govt. school were identified randomly from four towns of Chittoor district Viz., Chittoor, Madanapalle, Srikalahasti and Tirupati. In the next stage 7th, 8th and 9th standard students were selected from each school giving equal choice to girls and boys using systematic random sampling technique. Thus, 90 students from each school, 180 students from each town and 720 from four towns constituted the sample of data collection. The tools used were Internet Usage Questionnaire and Life Skills Self Rating Scale. Adolescents differed significantly in their life skills score based on their internet usage. Comparatively low internet users have more life skills score than heavy internet users. Results also revealed that there was significant negative correlation between amount of time spent in internet usage and life skills scores of adolescents. 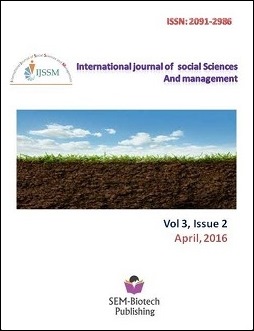