Himalayan Serow ‘Capricornis sumatraensis' population is isolated in a small patch of the southern part of Annapurna Conservation Area (ACA) with a population density of 1.17 individual/km2 and a population sex ratio of 1:1.6(Male: Female). A strong correlation was found between population (y) and pellets density (x) (y=0.011x-0.2619, R2-0.97). The major problems in the Serow habitat were habitat fragmentation & land use change, conflict between predator and villager, livestock grazing and poaching. The study was successful in providing information on the present status of Himalayan Serow in the ACA 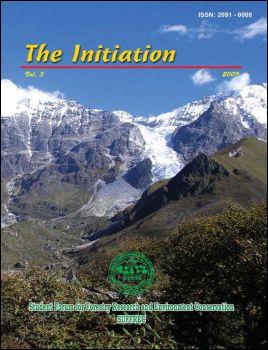