Material and Method: One hundred and fifty patients with primary psychiatric disease admitted in Nobel Medical College and Teaching Hospital from October 2017 to October 2018 with same number of age, sex and social class matched controls were studied. A detailed dermatological and psychiatric evaluation was done in all cases and controls.

Conclusion: There is a definite association of skin disease and primary psychiatric illness of which infective skin diseases are significantly higher in psychiatric patient. 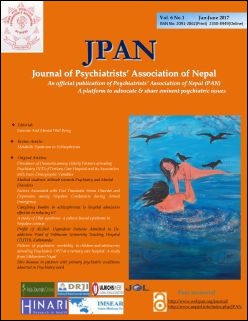