Nepal, despite being small in size, is a country with geographical and cultural diversities. The social system or structure of Nepal is based on the unity in diversity that integrates various caste, ethnic, religious, linguistic, and cultural groups. According to 2001 census, 102 types of caste/indigenous ethnic groups dwell in Nepal and 92 mother languages are spoken (C.B.S, 2002 :28-33). A comprehensive study about all the caste and indigenous ethnic groups dwelling in Nepal has not been conducted yet from the sociological and anthropological perspectives. Even today some minority ethnic groups are about to be extinct. Some even do not have the knowledge of their own cultural history. Such ethnic groups have begun to give up their ancestral cultures/traditions and adopt the customs of other castes/social groups and forget their own cultural history. 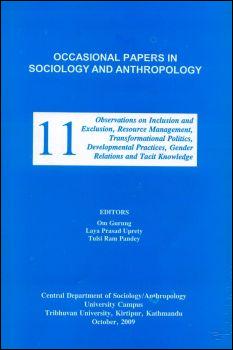