Malnutrition is one of the most important public health problems of developing
countries where resources are very limited. The common cause of malnutrition is lack of access to the nutritious food, poor breastfeeding practices, offering the wrong foods, and not ensuring that the child gets enough nutritious food. The prevailing high rate of child under-nutrition in the country is one of the major contributing factors of under-five mortality.

We aimed to find out nutritional status of children under five years in Magar community group who are financially poor.

This was applied cross-sectional study in 115 children (under 5 years) of Magar ethnic group of Nisdi Rural Municipality, Palpa to assess  situation of the nutrition . Statistical analysis was performed using SPSS 20.0 version for the anlysis the results. 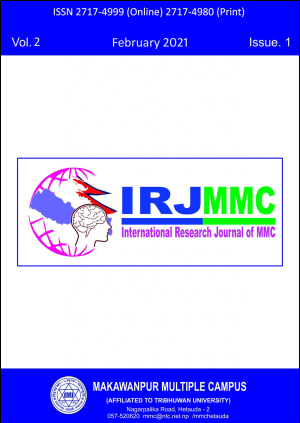