Barpak earthquake 2015 (7.8 Richter scale) killed 8,800 people, injured thousands and made nearly 3.5 million homeless. It created food shortage and hardship on livelihood because of damaged agricultural infrastructures, loss of stored food, feed, seed, livestock and reduced crop yield. This research aims to find out post the disaster situation of food availability, consumption and food balance in Gorkha district, as well as to assure livelihoods support and economic resilience. Relevant literature was reviewed, and field verification and interactions were organized in different rural municipalities/municipalities in the year 2019. The study revealed that Gorkha has a high agricultural potential with a surplus production of cereals (49.7%), fruits (6.2%) and spices (175.7%). However, the surplus on cereals was only in Palungtar, Ajirkot, Arughat, Siranchok, Barpak Sulikot, Dharche and Gorkha municipalities (7491.3, 6000.1, 5946.6, 3424.9, 2699.8, 1255.2 and 707.3 t/year, respectively), but Chun Numbri, Bhimsen, Gandaki and Sahid Lakhan municipalities were in a deficit of 101, 661, 333 and 1799 t/year respectively. Moreover, the district was producing a negligible amount of fish, oilseed, ghee (animal) and honey but was in deficit in the production of vegetables (31.5%), potato (30.0%), milk (29.6%), egg (65.0%), meat (54.0%) and pulses (53.0%). In fact, the food surplus and deficit in different commodities varied in different municipalities with different degrees. It is thus suggested to adopt a municipality-wise, commercial-focused agriculture programme that includes potato/seed production in Chun Numbri (high hill), medicinal herbs in Dharche, maize in Barpak Sulikot, intercropping agroforestry of utis (Alnus nepalensis), timur (Zanthoxylum armatum), white sandalwood (Santalum album) with cardamom/tea/coffee in Ajirkot, goat production in Siranchok and Arughat, avocado in Bhimsen, citrus in Sahid Lakhan, organic vegetables in Gandaki and Gorkha and milk/fruit production in Palungtar. Finally, it is recommended to integrate all the development programmes, farmers’ welfare programmes, agro-tourism and resources to give synergy on food security and economic resilience of the earthquake victims in Gorkha district. 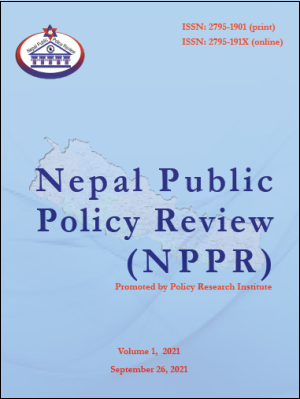