The study of Pteridophytic flora of Bhimkalipatan, Pokhara was conducted from May 2018 to October 2018. The Pteridophytic plants were collected and then dried for herbarium specimen preparation. The prepared Herbarium voucher specimens were identified based on standard literatures and finally verified from KATH, Kathmandu. A total of 27 species under 19 genera belonging to 11 families were recorded. The family Polypodiaceae was the largest family with eight species under five genera. The family Pteridaceae stood second with six species under three genera. The family Dryopteridaceae was third largest family represented by three species under three genera. In the same way, the families Lygodiaceae and Thelypteridaceae were represented by two species each under two genera respectively. The remaining six families i.e. Davalliaceae, Equisetaceae, Lycopodiaceae, Nephrolepidaceae, Selaginellaceae and Woodsiaceae were represented by one species each. The largest genera were Pteris and Pyrossia representing three species each followed by Adiantum, Drynaria, Lygodium and Thelypteris with two species each respectively and the remaining 13 genera are monotypic genera. Habitat wise, the collected species were terrestrial represented by nine species followed by seven epiphytes, two climbers and one lithophyte. Likewise, three species were found as terrestrial, epiphytes and lithophytes; three species as epiphytes and lithophytes and two species as terrestrial and lithophytes. 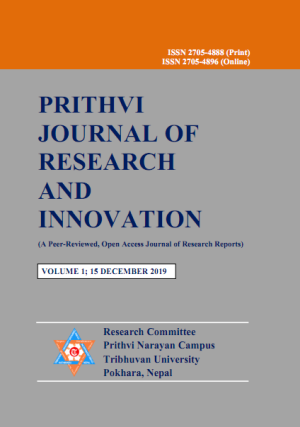