Discourse analysis has emerged as a gradually-growing discipline because of growing interest of linguists in studying language in natural setting: Some study of spoken discourse analysis in the few last decades has manifested that spoken discourse is sometimes highly-organized (in a fixed pattern) and sometimes loosely organised. In this paper, I have attempted to analyze how naturally occurring spoken discourses are organized in natural as well as in formal setting. This analysis is based on Sinclair- Coulthard analysis model developed in 1975. I have analyzed three different discourses; viz. Classroom Discourse, Discourse outside the classroom and Talk as Social activity observing the three different settings; viz. classroom, outside the classroom and social (where more than two participants are involved) settings. The findings of this analysis show that classroom discourse occurs in a fixed pattern rather discourse outside the classroom and talk as social activity do not occur in a fixed pattern. 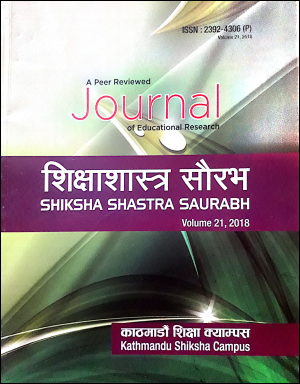