Devalakshmidevi in the Medieval History of Nepal

Devalakshmidevi was a dauther of king Jayatungamalla of Kathmandu valley. She was married with king Harisinghadeva, the last king of Karnata Dynasty in Mithila. In those days, the capital of Mithila was Simaraungarh, which is at present in Bara district, Narayani Zone of Nepal. In 1326 A.D. Ghiyas-uddin Tughlaq, the Turk emperor of Delhi, invaded his kingdom of Mithila. After the downfall of the capital, king Harisinghadeva departed towards Kathmandu valley with his family but he died in the way. Then his wife and other members of his family entered into valley as an honourable guests. Queen Devalakshmidevi lived in Yuthunima palace where her brother Jayarudramalla was the king. After the death of Jayarudramalla the political situation of the palace became very critical and by her abilities and qualities, Devalakshmidevi became able to establish her control over the rule and administration of the valley during the long period of thirty years from 1336 A.D. to 1366 A.D. Thus, she appears as a very influential personality in the history of medieval Nepal. 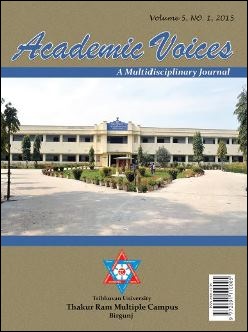 All rights reserved. No part of this journal may be reproduced in any form or by any electronic or mechanical means, including information storage and retrieval system, without permission in writing from the publisher/writers, except by a reviewer who may quote brief passages in a review.