Methods: A total of 51 urine samples from urinary tract infected patients were collected from Koshi zonal hospital, Biratnagar in the period of July to August 2017. Following the isolation and identification of biofilm-forming uropathogenic Escherichia coli, antibiotic susceptibility test was performed by a modified Kirby-Bauer disc diffusion technique. The biofilm detection was done by Congo red agar method.

Results: In the present study, 45% of the urine samples showed a predominant growth of E. coli, among which 70% of isolates exhibited positive biofilm formation. Biofilm forming isolates revealed 100%, 87.5%, 75%, 63% and 12.5% resistant to erythromycin, amoxicillin, cefotaxime, levofloxacin, and nitrofurantoin respectively. Approximately 87.5% of biofilm-forming isolates were found multi-drug resistant.

Conclusion: The study revealed the major issue of UTI by E. coli which may be due to poor sanitation, not the proper cleanliness of genitals and unsafe sexual intercourse. Nitrofurantoin and levofloxacin were examined the most effective antibiotics for UPEC. 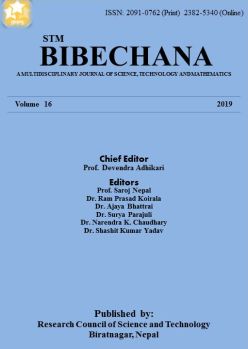