It is now realized that the variation in species richness is influenced by spatial and temporal scales. Pattern and scale are a central focus in ecology and biogeography. The species richness relationship depends on the scale of study and their correlated factors. The broad objective of this review is to elucidate how different scales are correlated with different explanatory variables to generate patterns of species richness. Addressing the problem of scale has both fundamental and applied importance in understanding variation in species richness along gradients. The understanding of pattern, its causes, and consequences is central to our understanding of processes such as succession, community development, and the spread and persistence of species. According to the hierarchical theory of species diversity there are mainly three categories of scales: local, landscape and regional. The local species richness or α-diversity is the diversity of individual stands. The β-diversity or species change is turnover between two elevational bands or between two plots or two sites. The regional or γ-diversity is the total richness of whole mountains or study systems and it has a combined influence from α- and β-diversity. The local species richness is affected by both local-scale processes (e.g., internal interactions) and broad-scale processes (e.g., evolutionary). Different explanatory variables according to the scales of study are necessary to explain variation at different spatial scales. Local factors (e.g., disturbance, grazing and tree cover) have been used to detect variation at a local scale. Generally, topographical factors are used to detect variation in species richness at a landscape scale; whereas climate, water-energy dynamics and historical processes are used to detect variation at a regional scale. However, it is not easy to separate strictly one scale from other because there is no clear boundary between them. The study of the whole elevation gradient from tropical to alpine zone or long latitude is a broad-scale study. The intermediate scale is a study on a local mountain, which covers the subtropical to warm temperate zones. To explain patterns of species richness, a pluralistic body of hypotheses, which incorporates historical, biological and climatic factors, is needed. This is depicted by the strong relationship between climate, biological interactions, and historical processes in influencing variation in species richness at different spatial scales. 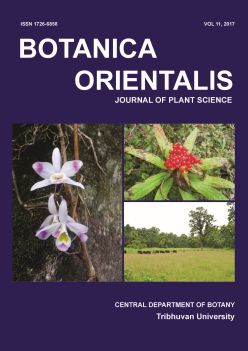