The genus <i>Rhododendron</i> in north-east India

The genus Rhododendron belongs to the family Ericaceae and was described by Carl Linnaeus in 1737 in Genera Plantarum. Joseph Hooker’s visit to Sikkim Himalaya between 1848 and 1850 unfold the rhododendron world of this area. Within the brief span that he travelled in Sikkim, he gathered and described 34 new species and details of 43 species including varieties from the Indian region in his monograph entitled ‘Rhododendron of Sikkim Himalaya’. Since then many workers had added to the list, and currently about 121 taxa have been recorded from India, out of which 117 (98%) taxa are distributed in north-east India. The paper presents the distribution of the genus Rhododendron in north-east India and world based on literature, field studies and examination of herbarium specimens. It also discussed the status of the genus in natural habitat in recent years and the need for conservation. 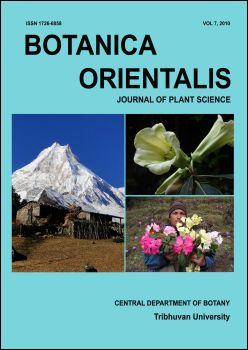