Schizophrenia and its Correlation with Parental Age

Background and aim - Schizophrenia is considered to be a Neuro developmental disorder with its pathogenesis going back to gestation and early childhood. New mutations secondary to advanced paternal age may operate to increase the risk of this disorder by adversely affecting the brain development.

Methods - The study was conducted in the department of psychiatry at Kasturba Hospital, Manipal, India during the period of five years (2004 June to 2009 June). Retrospective study of the hospital based records of the patients diagnosed with Schizophrenia (N=290) was carried out and compared with equal number of patients with non-psychotic illness (excluding organic mental illness & substance abuse) in relation to the maternal and paternal age and duration of marriage of the parents at delivery.

Results - Logistic regression study among the patients with Schizophrenia and Non-schizophrenic illness in relation to paternal and maternal age above 40 years and duration of marriage of parents above 15 years at delivery of the patient revealed the odd’s ratio (95% CI) as 1.37 (0.81, 2.33), 1.3 (0.47, 3.5), 2.08 (1.4, 3.79) respectively. The analysis showed statistical significance in relation to duration of marriage of the parents (p<0.05). The patients with Paranoid Schizophrenia showed late age of onset in comparison to non-paranoid type, which was statistically significant (p<0.05).

Conclusion - A higher risk of developing schizophrenia was found with a paternal age of above 40 years. Further studies are necessary to establish association between Schizophrenic illnesses and parental age. 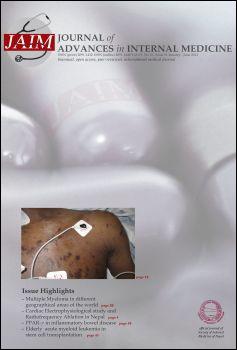