Background and Aims- Self-poisoning is the commonest mode of suicide in our part of the world. Patients attempting suicide by self-poisoning usually land up in the Emergency. They are admitted for management of medical complications and subsequently referred to Psychiatry for evaluation of possible Psychiatric illnesses. The aim of this study was to explore the patterns of psychiatric illnesses in the patients admitted for self-poisoning in a tertiary care center in Nepal.

Methods- The study population included those patients who were admitted and being managed for self-poisoning and brought for psychiatric evaluation during the period of one year (1st June 2011- 30th June 2012) at Dhulikhel Hospital, Nepal. Each patient underwent a detailed psychiatric evaluation by a consultant psychiatrist once they were medically stable. Details including sociodemographic data, psychiatric diagnosis, and treatment offered and outcome was tabulated and analyzed using SPSS-16.

Results- Among the total patients (N=100), 43 were in the age group 21-40 years, median age being 27.5. There was almost equal gender distribution. Majority was of Mongolian ethnicity, homemaker by occupation and married. More than 90% were single-attempters, suicidal attempt using organophosphorus compounds. Almost 50% had depression; family dispute (19%) and marital disharmony (17%) were the most common psychosocial precipitant.

Conclusion- Patients with history of self-poisoning are commonly brought to the Emergency Department of any tertiary care hospital. It is widely prevalent on younger age group. It is usually by the use of Organophosphorus compound in our setting and most commonly associated with depression. Hence, psychiatric care is essential for these patients. 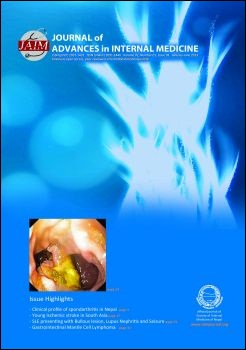