Background and Aims - Dengue is a systemic viral infection, which is caused by any of the four strains of dengue virus and is transmitted between humans by the bite of Aides aegypti mosquito. Hepatic dysfunction is common in dengue infection with varying degree according to the severity of the disease. The aim of this study was to analyze the spectrum of liver involvement in dengue infection during a major outbreak that occurred in central Nepal between September and December 2010.

Methods - A hospital based prospective study was conducted in the department of medicine at Chitwan Medical College. Patients who had fever in the ten preceding days (acute febrile illness) who had serologic evidence of Dengue and had no clinical evidence of bacterial infection anywhere in the body, were included in the study. Clinical, biochemical and radiological evaluation was done among 414 serologically confirmed Dengue cases to assess the spectrum of liver involvement. Statistical analysis of the data was done with SPSS version 16.

Results - Dengue fever (DF) and dengue hemorrhagic fever (DHF) were present in 79.3% and 20.5% of the patients respectively. Only 2 out of 414 patients had dengue shock syndrome (DSS). The spectrum of hepatic manifestations included elevation of transaminases (raised ALT and AST in 81.9% and 57.7% respectively), abnormal abdominal ultrasound (49.3%), Hepatomegaly (39.1%), and Jaundice (4.1%). The intensity of hepatic involvement was significantly higher among patients with DHF than those with DF.

Conclusion: Liver is one of the major organs to be involved in Dengue infection. Significant difference existed in the spectrum of liver involvement between DF and DHF. 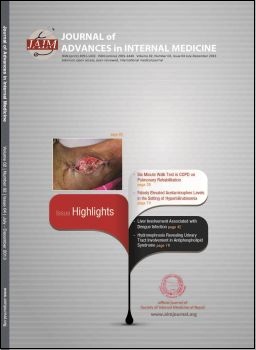