Maize response to time of nitrogen application and planting seasons

Nitrogen (N) response by maize differs due to growing seasons, growth stages, duration and growing domain as N losses is higher due to leaching as well as volatilization. Objective of this study was to know the response of split applications of N and growing seasons on maize under Chitwan environments. Field experiments were conducted for two consecutive years at the research field of NMRP Rampur during the winter, spring, and summer seasons of 2012/013 and 2013/014. Experiments were laid out in factorial randomized complete block design with four replications for all the seasons. Early maturing maize genotype Arun-1 EV was used for the experiments. Five splits of recommended dose of N were tested. Grain yield, days to flowering, plant height, ear height, kernel rows per ear, no. of kernels per row, ear length and thousand grain weight significantly differed due to growing seasons and split applications of N. Significantly higher grain yield (3911 kg ha-1) was obtained with the application of 30 kg N ha-1 each at 30, 45, 60, and 75 days after sowing as compared to control (2801 kg ha-1). Regarding the growing seasons, highest grain yield was obtained in winter (4393 kg ha-1) followed by spring (3791 kg ha-1) and summer (2468 kg ha-1) season, respectively. Results of these studies  revealed that four splits of N viz. application of 30 kg N each at 30, 45, 60, and 75 days after sowing respectively, would be more economical to minimize N losses from the soil and efficient use of N at critical growth and development stages of maize. 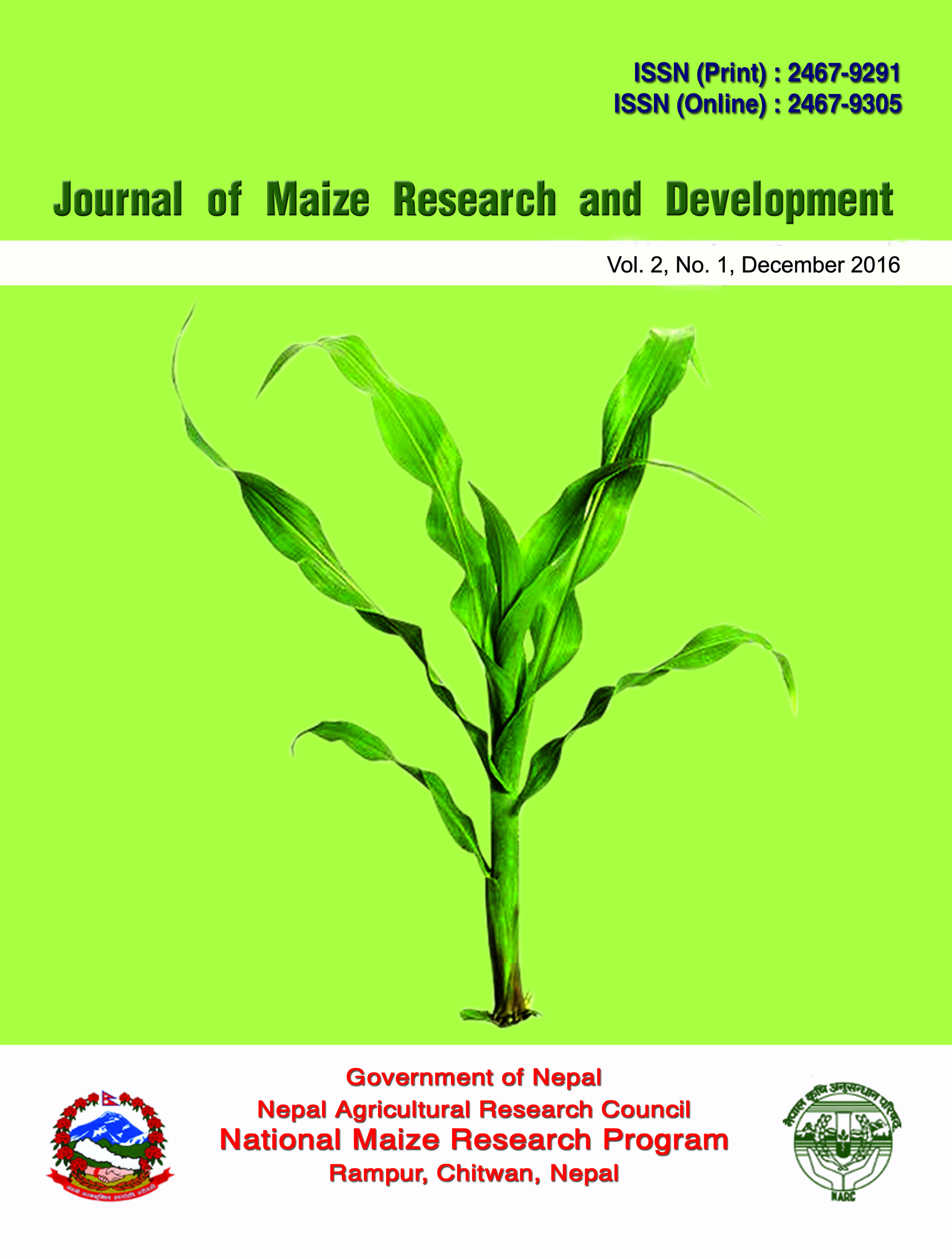