Introduction: The first 28 days of life, neonatal period is crucial as neonates are susceptible to sepsis, birth asphyxia, hypoxic injuries and its consequences which may lead to lifelong morbidity. Knowing the causes of morbidity and mortality is an essential step to improve neonatal health. The aim of this study is to describe the pattern and causes of neonatal admission, immediate hospital outcome in the form of improved, died or left against medical advice  and factors associated with its outcome.

Methods: This was a retrospective hospital based study carried out in Neonatal Intensive Care Unit (NICU) of Kanti Children’s Hospital, Kathmandu, Nepal over a period of six months (February 2019 to July 2019 AD). Neonatal details including age, sex, gestational age, birth weight, and maternal age and parity, mode of delivery, place of delivery, neonatal morbidities and neonatal outcomes were recorded in a predesigned performa. Results were expressed as mean, percentage and p value. P- value was calculated by using chi-square test. 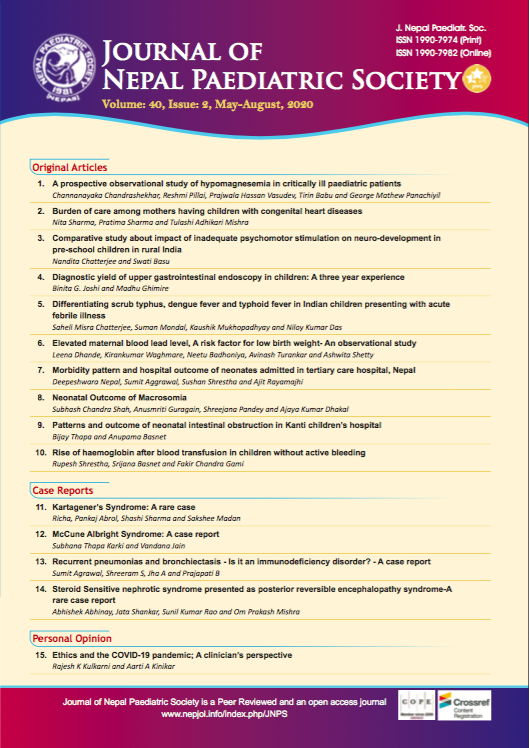