Lipoblastomatosis refers to a rare benign tumour of fetal adipose tissue, commonly encountered in early childhood. It presents as a painless, slowly growing mass, usually in superfi cial soft tissues. Microscopy reveals a lobulated architecture with variable admixture of lipoblasts and mature adipocytes, along with myxoid areas showing spindle shaped cells. The behavior is benign, though recurrences can occur. We present a case of lipoblastomatosis of the right chest wall in a 20 year-old male patient, present since early childhood. The tumour measured 21x13x4 cm; the cut section was grey white to tan. Microscopy revealed mature adipose tissue in most of the areas and an occasional lipoblast. Myxoid areas with spindle cells were seen. Adjacent muscle showed infi ltration by the tumor. This case is presented for its rarity and for having had an opportunity to study the morphology of lipoblastomatosis several years after its onset in early childhood. 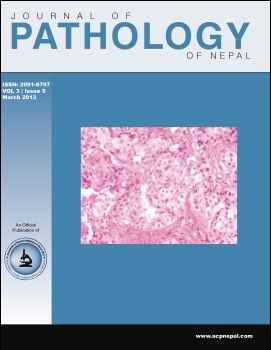