Background: Neonatal sepsis is a major cause of neonatal morbidity and mortality. Late onset sepsis (LOS) is associated with community environment or postnatal exposure to hospital environment. Its incidence is rising due to greater survival of preterm neonates and very low birth weight babies. Because of difference in local epidemiology and possible variation with time, regular monitoring and updates on pathogen and their antimicrobial sensitivity pattern is important for prevention and treatment. The objective of this study was to identify the common symptoms and signs and determine the common bacterial isolates and  antibiotic susceptibility pattern of late onset neonatal sepsis.

Methods:  This was hospital based prospective observational study conducted among the neonates admitted with diagnosis of late onset neonatal sepsis in Kanti Children’s Hospital from July 2016 to June 2017.

Conclusion:  Poor feeding, fever/hypothermia, excessive/ poor cry and irritability/lethargy were the common symptoms. This study has indicated possible emergence of Staphylococcus aureus as the dominant cause of late onset neonatal sepsis. Cloxacillin, amikacin, ciprofloxacin and cefotaxime were more efficacious against the commonly isolated bacteria in late onset neonatal sepsis. 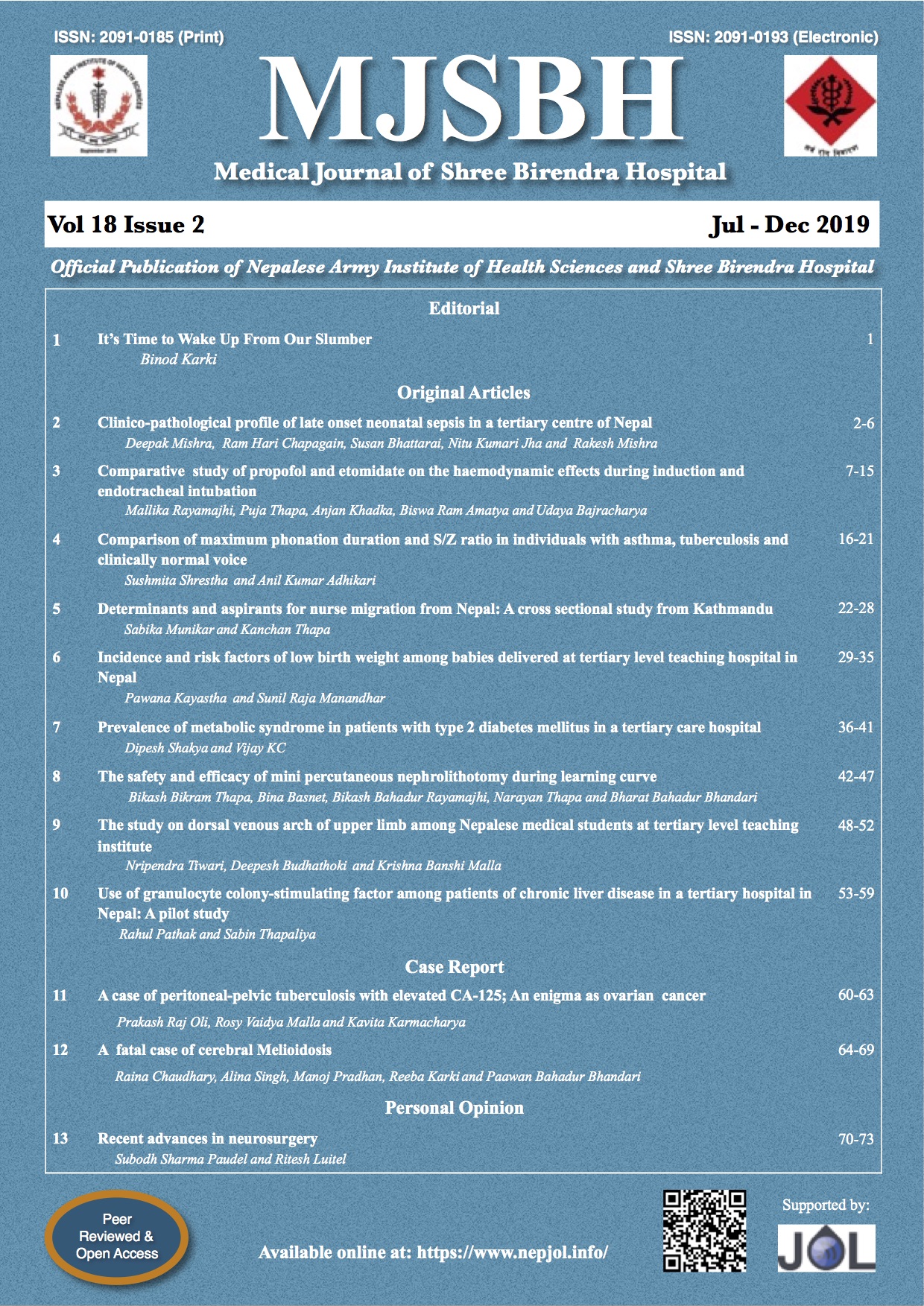