Introduction: Perinatal mortality rate (PMR) in Nepal is still very high. In major hospitals of Nepal, it is still ranging from 20 to 30 per thousand births. This study was carried out to review the different aspects of PMR and classifying them and identify the causes of perinatal and neonatal deaths and assessing the need for improvement in quality of pregnancy and newborn care.

Methods: It was a retrospective study carried out in Bharatpur Hospital, Chitawan, Nepal. Data of all stillbirths from 22 weeks of pregnancy and neonatal deaths up to seven days of life was taken from monthly perinatal audit and annual mortality review. The data was taken from July 2017 to Jun 2019. All the perinatal deaths were then classified.

Results: Over a two year period, there were total 25,977 births and total death was 369. Thus perinatal mortality rate was 12.3 per thousand births. Still births (fresh and macerated) contributed almost 82.4% of the perinatal deaths and neonatal death contributed 17.6% of total deaths. Deaths related to unexplained intrauterine fetal death (IUFD) showed an increasing trend and have increased by more than 20% in past two years from 39.1% to 60.8%. Deaths due to perinatal asphyxia, neonatal sepsis, respiratory distress syndrome and extreme prematurity were increased.

Conclusions: PMR over the two years has shown increasing trend at our institute. There is need to improve antenatal, obstetric as well as intra-partum services to further reduce the still birth as well as deaths due to prematurity, RDS, neonatal sepsis and perinatal asphyxia. 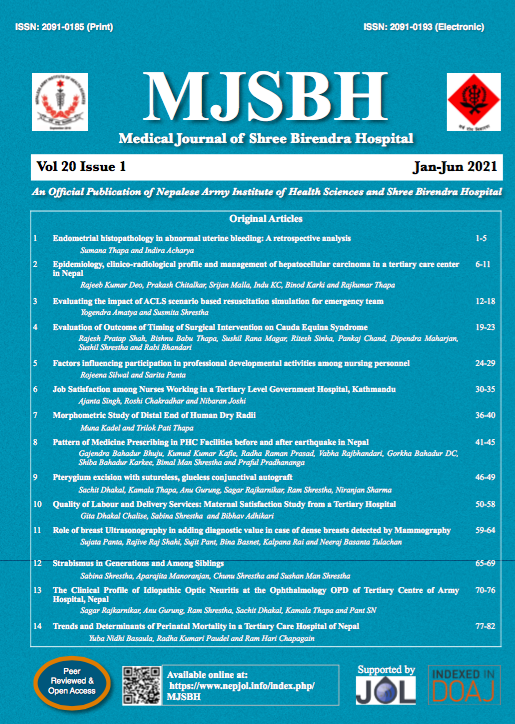