An ethnobotanical survey was carried out on the utilization of plants by Thami communities in Gorkhe, Jogmai and Nayabazar areas of Ilam by interviewing traditional herbalists and different age groups of men and women in June 2016. A total of 30 plants belonging to 24 families and 29 genera have been documented. These plants were used for food, fodder, firewood, medicine and in rituals. The documented medicinal plants were used to treat various human ailments of 12 categories; with the highest number of species being used for gastro-intestinal disorders (15 spp.) followed by ENT problems (14 spp.).  Most of the medicines were prepared from underground parts in the form of paste and used orally. Informant Consensus Factor (Fic) ranges from 0.6 to 0.9 with an average of 0.82. Dermatological disorders have the highest Fic (0.90) and other categories have the lowest (0.6). Aconitum palmatum, Begonia picta, Bergenia ciliata, Astilbe rivularis, Swertia chirayita, Drymaria cordata and Remusatia pumila have the highest fidelity level (100% each) and Galium asperifolium has the lowest FL (16%). According to the use value, Swertia chirayita (UV=2.83) was the most important with uses against 6 ailments and Hypericum cordifolium has the least (UV=0.08), used in only one ailment. A variation in ethnobotanical knowledge was found according to age, gender and occupation in this community. 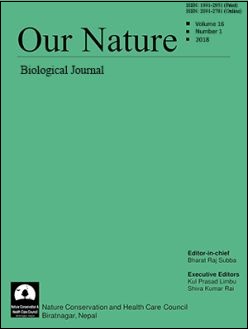