Urban planning is an integral part of economic planning. The concept of planning has became more popular because of answering the questions; what to produce, how to produce and to whom should be produced. If there is a proper planning in urban areas of any country, then economic development is possible in those nations. In this paper, attempts were directed to explore the relationship between dependent and affecting variables (independent variables) in the time of study of urban planning. It concluded that there is no association among urban growth and urban population, number of urban areas as well as urban population percent. The identified urban indicators are regressed with urban growth which reveals that the variables are not best fitted so that the development of our nation is still in the verge of obstacle. P value of all these independent variables are insignificant (P > 0.05, 0.87 coefficients of urban population percent, 0.72 coefficient of number of urban areas and 0.09 coefficient of national population growth > 0.05). 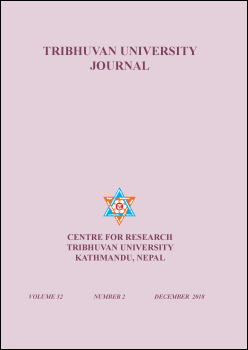