Buddhist Pragmatism or Pragmatic Buddhism: What is the relationship between Buddhism and Pragmatism?

With the rise of modernity, the Western world fell into a deep spiritual crisis which forced Comte to Dewey, and Einstein to Whitehead to synthesize a cosmic or humanistic religion. Similarly, the rise of modern science increased western interest in Eastern religions. Because of the ontological resemblance,they further enquired to Buddhism by assuming that would be a religion of their ideal. They began interpreting Buddhism through the lenses of modern philosophies. As a result, Buddhism appeared so diverse that sometimes its positioning is confusing and ambivalent- e.g. 'ethical idealism', 'atheism', 'empiricism', etc. As an attempt of resolving the contradictory positioning, both the original nikayas translated in English by PTS and commentary texts of Buddhism authored by both eastern and western scholars were carefully reviewed. These texts suggested that Buddhism is mostly close to 'ethical pragmatism. To present this closeness, the article at the first describes the cardinal principles of pragmatism, which are- multiple truths, verification of truths, changeability of truth; and then discusses how these principles are embedded in the teaching of Buddha. It also claims that Buddha’s efforts on developing new doctrine, constituting a Sangha, practicing sainthood, and defending against rival doctrines and organizations were just strategies of social reform via cultivating ethics rather than the objectives in themselves. This knowledge contributes to the understanding of both pragmatism and Buddhism from each other's perspectives, and at the same time, draws its educational implication in developing critical thinking, and ethical values. 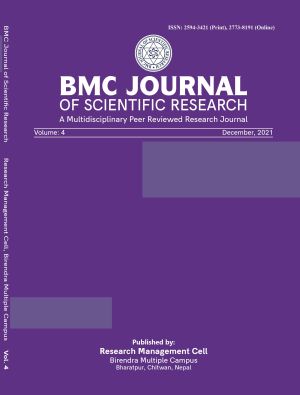