In accordance with Transgender Theory, my study reveals living experiences of TGs like: self perception of TGs, behaviours and activities, consciousness of difference, exposure of identity, involvement process in BDS, challenges and management after "Coming Out", behaviours of societies, etc. In the similar respect, the theory of stigmatized Individual and Process of identity also has been applied in order to expose the identity of TGs in the society basing on the same sex attraction. In addition with these, The theory of Symbolic Interactionism has been implemented so as to show that the TGs are identifying them through the action-interaction with the other non-TGs of the societies as they are participating different programmes with cross-dressing and so on. To some extent, the open society at present, political change, institution like BDS, majority of Hindus are some of the reasons for TGs' attempts to come out nowadays. To understand gender only biological sex is not adequate, so, along with it gender should be understood based on the mental feelings. If the knowledge about TGs were included in the course study of schools/ colleges, the TGs would get TG-friendly environment, which would allow them to have their study smoothly. The non-TGs would not dominate TGs and "We" feeling could be installed in the society. It can be said that the TGs are boosted with their involvement in BDS. The TGs were repressed in the society before but nowadays they are aware about the domination and are able to protest against the injustice done upon them. Nowadays, some of the TGs are able to live in their desired roles to some extent but many are still living lives with dual identity. 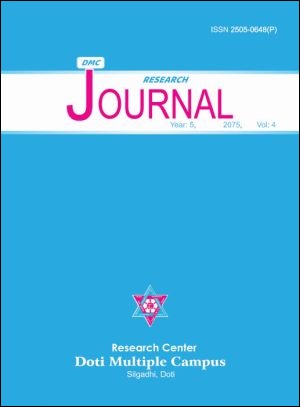