Are doomsday scenarios best seen as failed predictions or political detonators? The case of the ‘Theory of Himalayan Environmental Degradation’

The so-called ‘Theory of Himalayan Environmental Degradation’ predicted an environmental collapse by the end of last millennium, threatening the life of millions of people. Fortunately, the all-encompassing crisis did not materialize. The article shows that the ‘Theory’ failed to take into account the vast ecological variation in Himalaya and thus generalized its contentions to the whole mountain range on the basis of deficient data. But, on the other hand, what would have happened if the prediction had not been made? A doomsday scenario like the Theory of Himalayan Degradation can, from the perspective of positivist hypothesis testing, be viewed a posteriori as a failed prediction; but from another perspective it can be seen as an alarm clock that triggered a series of policy initiatives and new knowledge. 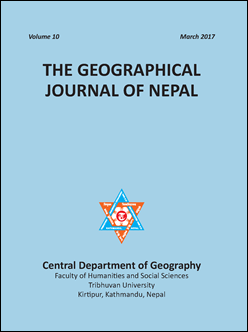