Music has a prominent place in fine arts. This art has been considered as a means of spiritual satisfaction. Apart from material excellence and fame, music has an important place in all the different ways of devotion or worship in India. There have been two main types of worship since ancient times as Vedic and Tantric. The Avanaddha instrument maintains the rhythm in singing, dancing and instrument-playing. Different opinions, legends, stories, statements of the origin of instruments are prevalent but differences are found in them. The article describes the method and material of ancient Avanaddha instruments on the basis of various texts. Thereafter, under the classification of instruments opinion of various scholars on Tat, Ghan, Sushir, and Avanaddha instruments and the various classifications have been mentioned and discussed in detail. The origin and association of ancient Avanaddha instruments is described with reference to various deities. The article lists ancient and medieval Avanaddha instruments. The use of instruments by gods, demons, human beings in various ceremonies, events, worship lessons, war sites, on auspicious occasions is evidently shown with their importance, use and antiquity. A musical instrument with serious sound was used at warrior sites and Yagna. From different sources like; ancient texts & other facts, it can be concluded that since ancient times eastern musical instruments have been used in music right from the beginning of the era. Avanaddha vadya were invented to support the singer, accompany his song, engage his mind more, cover up his faults, and measure his singing activity in Taal.

Professor and Head of Department, Department of Instrumental Music 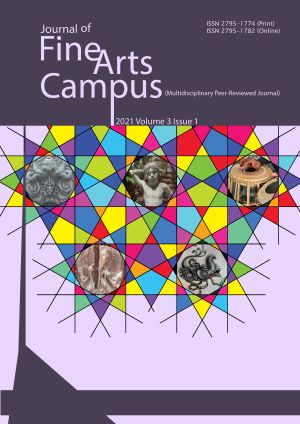