This article attempts to explore the obstacles of an African American in becoming a Man in the white community in LeRoi Jones’s play Dutchman. In doing so, it analyzes the text from African American perspective, which is a black cosmological lens applied to critically examine African American history, culture and the literature, primarily with its focus on cultural assimilation and its aftermath. LeRoi Jones, also known with his new name Amiri Baraka, in this play exposes how the black Americans fall victim of racial hatred in the process of assimilating themselves with the mainstream white ways of life. The major argument of this article is an African American’s process of assimilation with the white culture is not only a detachment from his/her origin but also his/her failure to be accepted by the new culture. It argues that in adopting a new culture, a colored American is twice the victim of his/her past and the present. To justify this stark predicament of colored American population, the article briefly looks back at the situation of the American blacks in the 1960s. It ponders on the entire behavior of Clay, a twenty years old black boy in the play, his fondness in choosing to imitate the white world as a model. His craze for white way of life is reflected in the dress up he is putting on, his mastery over the use of cosmetic language of the whites, his eating of apple given by Lula, a thirty years old white lady who morbidly tempts him for sexual intercourse, his attempt to forget his own ancestral history to make him look more like an American than a descendent of slave. The article also analyses Lula’s stereotyping of Clay and the way she dictates white values and norms. 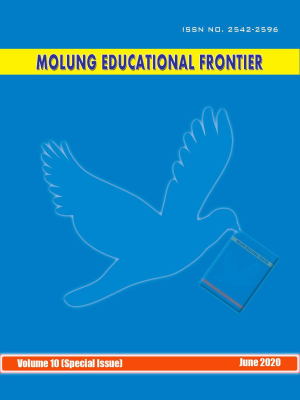