This paper focus on the way Nepalese migrants in Myanmar use features of the natural environment in their homeland in metaphoric constructions of a cultural landscape expressing ethnic identity. It is through such "symbolic work" that perceptions of "ethnoscapes" are shaped and indoctrinated. Although the appeal is to symbols that can serve to foster the importance of Nepaliness as a basis for belonging to an imagined community, this does not mean that the caste/ethnicity interaction boundaries are broken down. It does mean however that sectors of activities where such boundaries are made relevant have been changed and so has the cultural content organized through such interaction boundaries. Ethnoscapes do not exist by themselves from a 'primordial' past; they require ongoing expression and confirmation. Features of a natural environment most migrants have never seen is used as sources for spinning compelling webs of significance extolling the values of belonging to a group that shares a common past in that environment. I shall here present material of an ethnoscape very different from what is experienced in Nepal, namely Nepalese multi-caste/ethnic communities among Kachins, Shans, Burmese, Indian and Chinese traders in the Kachin state of Northern Myanmar.

Gunnar Haaland
Haaland, Gunnar is Professor Emeritus at the Department of Social Anthropology, University of Bergen. Theoretically his research foci include the interplay between processes in nature and processes in society, the cultural content of ethnic identities in their politico-economic contexts, and application of anthropological perspectives to the interpretation of prehistoric remains. Empirically most of his work has been done in Sudan, Nepal, Bangladesh, Thailand and China. He has been Honorary Professor at the following universities: College of Ecology and Environment Science, Inner Mongolian Agricultural University, China; Department of Sociology, Anhui University, China; Yunnan Nationalities University, China. In addition to his permanent position at University of Bergen he has held short-term teaching assignments at University of Khartoum, Sudan; Tribhuvan University, Nepal; Fudan University, and Yunnan University of Nationalities, China. He has worked as consultant to a variety of international agencies (e.g. FAO, ILO, IFAD, World Bank, ILCA) in 12 African countries and 6 Asian countries. His most well-known publications are 'Economic Determinants in Ethnic Processes'. in Barth, F.: Ethnic Groups and Boundaries. Norwegian University Press Oslo 1969; 'Nomadization as an Economic Career among Sedentaries in the Sudan Savanna Belt' in Cunnison, I and James, W.: Essays in Sudan Ethnography. Festschrift to Evans Pritchard, C Hurst & Company. London 1972; 'Cultural Content and Ethnic Identity'. in Grønhaug, Haaland and Henriksen: The Ecology of Choice and Symbol. Essays in the Honour of Fredrik Barth, Alma Mater. Bergen, 1991; 2008 'Explaining causes in evolving contexts: From Nepali hill Farmers to Business Managers in Thailand' in Against the Grain. The Vayda Tradition in Human Ecology and Ecological Anthropology. AltaMira Press 2008 ISBN 978-0-7591-1172-1. s. 43-66. Haaland was awarded the King's Medal of Merit in Gold (Norway) on 17 December, 2007. 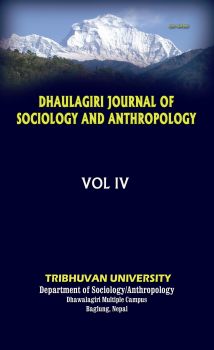