The Influence of Social Net Working Sites (SNS) is being so widely discussed around the world and range of studies conducted with the usage of SNS among higher secondary students is negligible in India. The purpose of the study was to determine the Influence of Social Networking Sites on the study habit of higher secondary students. The researcher is followed descriptive research design for this study. A semi structured research questionnaire was designed to determine the factors of social networking sites that have influenced on higher secondary students. Objectives were to study about socio demographic profile of the children and understand the positive and negative influence of SNS with respect to study habits, identify the study habit among the respondents. The investigator used random sampling method and the total sample size was 40 students. The target population of this study was defined as the students belonging to the higher secondary students in Mammalashery govt. higher secondary school Piravom, Ernakulam. Findings of the study indicated that SNS had been greatly influenced among adolescents. The extend usage of media, usage pattern of SNS, the level of and study habit have been dealt scientifically in this paper. The study was also undertaken to determine how much time students actively use social media and if there has been an increase or decrease in usage over time and its impact on their study and academics. 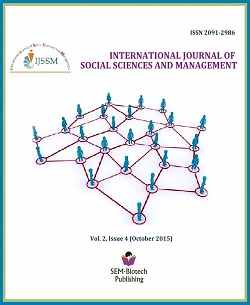