The incessant bank distress coupled with the poor financial intermediation capacity of the banking sector has been identified as the main problems of the banking subsector in Nigeria. This underscores the continue quest for increase capital base of banks as possible remedy to these problems. This development makes it imperative for us to examine how capitalization has affected banks profitability in Nigeria. To achieve our objectives, both panel and Partial Frontier efficiency analyses were utilized in this investigation. Using gross profits of 18 DMBs as dependent variable while capital base of DMBs, real income (GDP), financial deepening, interest rate and inflation rate are independent variables, we found that: capitalization has a significant impact on profitability of banks, while financial development, real income level were found to had contributed less to profitability of banks in Nigeria. It was further discovered that, interest rate has less implication on the profitability, while the impact of inflation on profitability of banks was positively but insignificantly. We also found that 58 % of the total variation in profitability is influenced by capital base, financial deepening, interest rate, GDP and price level in Nigeria over the period. The study further revealed that impact of capitalization on profitability of banks is the same across the banks. Finally, using the partial efficiency frontier analysis, we found that Unity Bank and UBA performed better with improved capital base while Union and Heritage Banks performed abysmally with high capital base given the very low efficiency scores. Based on these findings, the study recommends; periodic upward review of capital base of banks, stable macroeconomic policy, and creating enabling environment for investments as ways of enhancing an efficient financial sector and growth of the Nigerian economy. 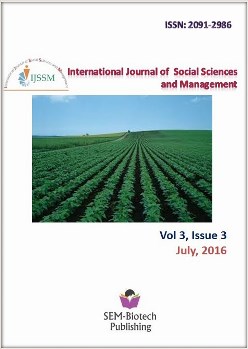