This ancient language, considered to be the mother language of a majority of Indian languages, today appears to be fighting a losing battle with only about 14,000 people in India claiming Sanskrit as their mother tongue in a country of over 1.2 billion people, as the 2011 census data reveal. In an era increasingly engulfed by the forces of globalization amidst the debates surrounding linguistic homogenization and cultural neo-imperialism, mass media as well as various digital media platforms, including social media can contribute towards restoring the rich literary tradition of the Sanskrit language that defines the very essence of what we understand as ‘Indian culture.’ This paper argues that state-run public service broadcasters like Doordarshan and All India Radio, are obligated to create and transmit content that generate awareness about Sanskrit and its significance to modern Indian knowledge like Ayurveda, yoga, music, grammar, philosophy, Vedic mathematics etc. Yet, this paper argues that the public broadcasters should be careful not to create an arcane and pedantic programming structure meant exclusively for a select oligarchy of Sanskrit specialists, but should rather embark on creative programming formats that would actually attract the young people towards learning the language and understanding its relevance. The social media ecosystem reflects the continued dominance of English as a mode of communication, which implies the complex hegemonic processes that are at work. Yet, there is a growing population of people engaging in social media in their own respective languages. This paper argues that the egalitarian nature of social media coupled with the horizontal type of user-generated content flow architecture provides the perfect spawning ground for the preservation and promotion of Sanskrit in the 21st century society. 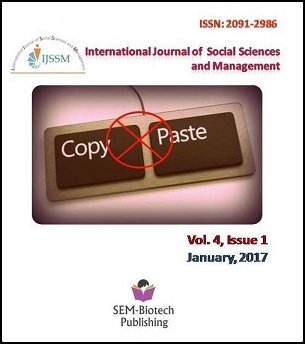