Influence of Poverty on Moral Development in Rural Community Lahore

Background: Poverty is a major social worldwide issue. "Poverty is like punishment for a crime you didn't commit". Poverty as a concept almost uniquely applied to humans. It refers to a condition that causes its victims through lack of economic resources to live lives in which they cannot fully participate in the range of activities expressive of their nature as human beings Moral is a socialized reasoning that develops as a result of the norms of a society and influenced by the culture of that society.(Dana and Galbraith 2016).

Objective: The main purpose of the study is to assess the relationship of poverty and the moral development of community people.

Methodology: A co relational study design was use. A small sample of n=100 was selected Convenient sampling technique was used for the collection of data.  Self-prepared 5 point Likert scale questionnaire adapted from thesis of Solomon Fakinlede (2008).The questionnaire tools was used to get some basic information which includes participant age, marital relationship, and family structure, no of children. After the collection of data, it was enter to Statistical Package for Social Sciences 21 (SPSS).

Result: The Results found reveals that the coefficient of correlation rs value of the spears man correlation test is 0.939, which suggest that there is a positive, strong, linear correlation between the poverty and moral development. 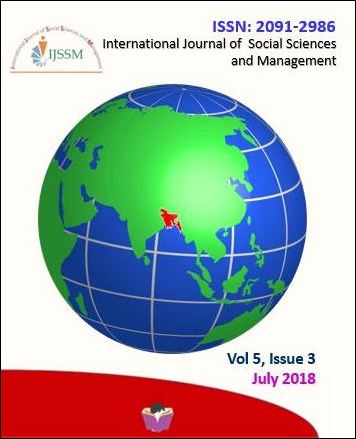