Women constitute almost half of the world’s population though they have been excluded from decision making. Studies conducted on women and seed overlooked specific gender roles and decision making of women in seed selection and production in informal seed system in food insecure areas. This study attempted to address women’s participation, women’s dual roles, and constraints for their fair participation. The study employed mixed research approach. It also used primary and secondary sources of data-collected through questionnaire, FGDs, interviews, direct observation and document review. Probability and non-probability sampling techniques were employed to select study participants. Finally, the data were analyzed via quantitative and qualitative methods of data analysis. The study found out that women’s participation in seed selection is with low extent and limited in decision making unlike their role in providing labor. It shows that majority of women in male headed households are part of seed production processes regardless of their health problems, level of education, and burdens in the domestic tasks. The study also indicated that lack of infrastructures, cultural barriers, and inaccessibility of market are major constraints for fair participation of women in seed selection and production. The local government shall work on awareness on gender equality, provision of technologies and production inputs, and construction of roads to local markets were possible solutions forwarded to improve women’s saying and burden in seed selection and production. 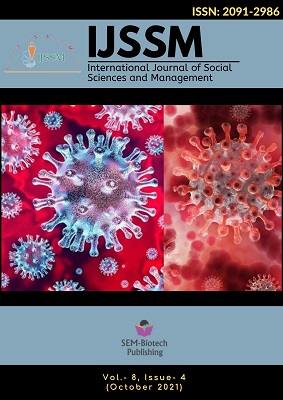