Generally, AC loads are the inductive loads which are reactive in nature. These loads, thus, demand and draw reactive power from the supply source. If these loads draw large lagging current from the source, this will cause excessive voltage drop in the line, which can even cause the voltage collapsing in the line itself if the drop in the line is excessively high. VAR compensation means efficient management of reactive power locally to improve the performance of AC power systems. In this paper, Static VAR Compensator, using TSC (Thyristor Switched Capacitor) and TCR (Thyristor Controlled Reactor), is designed and simulated in MATLAB to maintain the power factor of power system nearly to unity at all times. TSC and TCR are basically shunt connected capacitors and inductor respectively whose switching (of capacitors) and firing angle control (of inductor) operations are carried out using thyristors. The purpose of capacitors is to supply lagging VAR as per the demand by the connected loads and the overcompensation due to excess VAR generated by the discrete set of turned on capacitors are absorbed by the adjustable inductive reactance of the inductor in TCR branch through firing angle control mechanism. 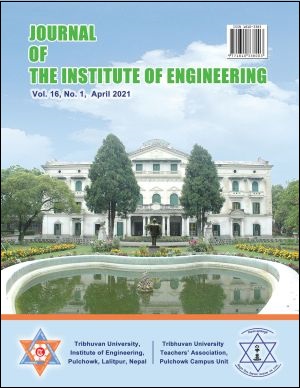 The Copyright is held by Journal of the Institute of Engineering, IOE, TU

Journal of the Institute of Engineering
ISSN 1810-3383