Background: Carcinoma cervix is among a curable cancer, if identified at an early stage. Pap smear is a simple, safe, noninvasive, outdoor and effective method for detection of lesions of the cervix but it fails to localize the lesion. Cervical biopsy, on the other hand is a gold standard but invasive technique.

Materials and Methods: A prospective cross-sectional study was done in Nobel medical college from January 16, 2017 to January 15, 2018 where all pap smears received in a Department of Pathology were included in the study. However, only cases that had undergone both Pap smear and cervical biopsy were compared. Out of the 1492 pap smears, 118 cases underwent biopsy. Correlation was then done regarding cytological and histological diagnosis.

Results: Majority of the cytological findings were normal. 7 patients of HSIL revealed moderate dysplasia and higher lesions in biopsy. 2 cases were that of adenocarcinoma which were diagnosed as inflammatory smear in Pap smear.

Conclusion: Cervical Pap smear is reliable screening test to identify high grade squamous cell lesions and carcinoma, but it fails to localize the lesion and adenocarcinoma is hard to identify in a pap smear. Hence, cervical biopsy should be carried out to confirm the findings of Pap smear and in case of strong clinical suspicion. 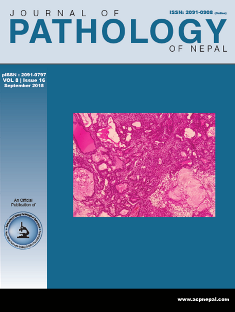