Comparative study between the use of St. Thomas' II cardioplegia and del Nido cardioplegia in patients who underwent open-heart surgery

Background and Aims: Cardioplegia is used to arrest the heart after the application of an aortic cross-clamp that interrupts the coronary circulation. Commonly used St. Thomas’II cardioplegic solution has to be repeated at short intervals, which may cause additional myocardial injury. So, this study is done to determine whether del Nido (DN) cardioplegia, which has a longer duration of arrest with a single dose, provides equivalent or better myocardial protection as compared to St. Thomas’ II Cardioplegia.

Results: The per-operative variable suggested spontaneous activity during a cardiac arrest was 2% in del Nido and 14% in St. Thomas’ II group (p=0.044). Similarly, during intraoperative phase spontaneous restoration of cardiac activity after the procedure in del Nido was 2.90 ± 1.16 minutes and in St. Thomas’ II was 1.8 ± 0.615 minutes (p=0.001). However total bypass time and ischemic time were not significant. During the postoperative period, Troponin I and CKMB were measured at 12 hours and 24 hours which were not statistically different in two groups. Postoperatively, low output syndrome was seen among 3 patients in del Nido Group and 4 patients in St. Thomas’ II group (p-value=0.341). 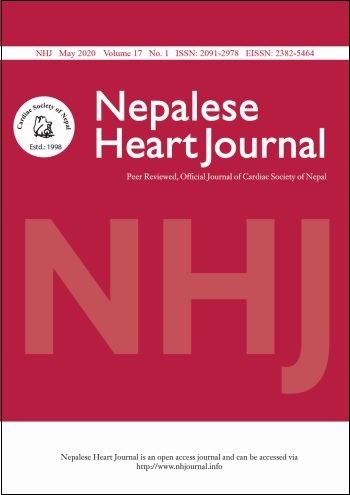