Prevalence and predisposing factors for self-reported hypertension in Bhutanese adults

Background: Bhutan underwent a nutrition transition in the last two decades. Diet has changed from high-fibre, high carbohydrate and low-fat diets to food with high sugar, fat, salt and processed foods. This is further compounded by a sedentary lifestyle. This paper aims to determine the national prevalence of hypertension and study the associated correlates in Bhutanese adults.

Materials and Methods: This study used secondary data from the Bhutan National Health Survey 2012 (NHS, 2012) which was a nationwide survey covering all 20 districts in Bhutan. The dependent variable was self-reported hypertension under medication. Multivariable logistic regression was undertaken to identify independent correlates of hypertension.

Results: The national prevalence of hypertension was 17.4% (5,408). Risk factors for hypertension were female sex, increasing age, occupation of armed forces, manager, technician, service and sales worker, machine operator and monks, diabetes, and feeling worried. Being single was negatively correlated with hypertension. In addition, hypertension is negatively associated with the poverty of the district.

Conclusion: Hypertension was associated with age, being women, occupation with less physical activity, being worried and having diabetes. The preventive measures both at community and healthcare facility-based through cost-effective strategies should target these covariates. 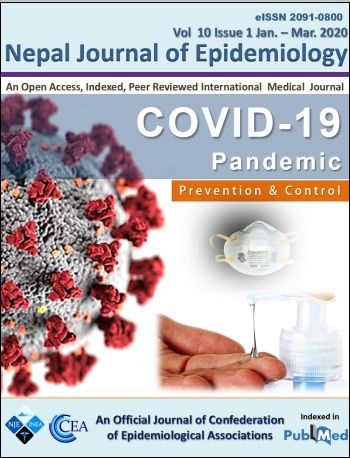