Human Elephant Conflict (HEC) is a product of complex interaction between human and elephant that represents the detrimental impact for both. This study was aimed to assess the effectiveness of 17 km solar-powered electric fence installed in 2015 in north-eastern part of Jhapa district (Bahundangi VDC) against transboundary herds of wild elephants (150-200) that annually enters into Nepal from India and caused HEC. For this study, the detailed information on HEC incidents (human casualty and injury, crop and property damage) before and after the fence installation was collected. Affected wards within Bahundangi VDC were purposively selected for households survey (N=100), consultations and group discussions (N=5) and participatory field observations. We encountered poor maintenance and care of the electric fence and in some places covered by grasses and climbers questioning its sustainability. In-spite of it, the number of incidents of HEC sharply reduced by 96.13%. Before the fence (in 2014), the estimated economic loss per household per year in the VDC was 103 USD (crop=95 USD and property=8 USD). Remarkably, there was reduction in economic loss of crop and property damage by 93% and 96% respectively. Besides, chi-square test of independence showed that there was significant difference in damages among the 4 affected wards of Bahundangi VDC with respect to paddy crop but not with maize crop, cowshed and other properties. After the fence installation, only few elephants accidently entered in some areas by breaking the solar fence and caused few incidents of crop and property damages. From the overall evaluation, solar fence was found effective in reducing HEC by protecting human lives, crops and properties. 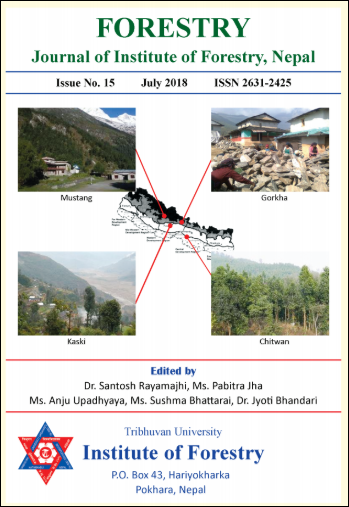