Can the Gandharvas Speak?: A Study of Gandharva Songs

In the social context of Nepal, Gandharvas are regarded as Dalits, the people who are suppressed and silenced by the society. Such subaltern groups are thought to have no voice. They are considered ‘muted’ or ‘inarticulate’ without any agency, consciousness and power of resistance. However, breaking such boundaries, the present research aims at exploring the voices of Gandharvas expressed through their folk songs, which express their real subaltern condition and a sense of dissatisfaction towards the mechanism of society constructed and controlled by the elites. For this, some of the representative folk songs are taken and viewed from the perspective of subaltern voice, consciousness, resistance and agency developed by Antonio Gramsci, Ranjit Guha, Dipesh Chakrabarty, Partha Chatterjee and Gautam Bhadra. With the thorough analysis of their songs, it is inferred that although they are deprived of any rank and recognition in the mainstream Nepali society, they have clearly expressed their voices as well as manifested consciousness, reflecting their real life experiences marked by domination, marginalization and suppression. The manifestation of such consciousness and expression of inner voice is also used as an instrument to subvert the hegemony constructed by the complacent upper class of the society.

School of Development and Social Engineering 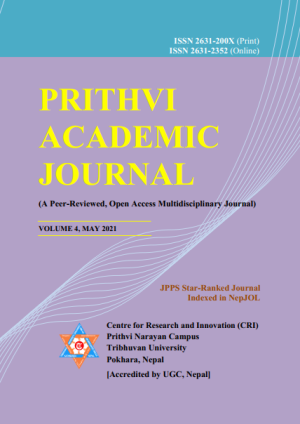