Studies on the Conservation Agriculture Based Practices under Maize (Zea Mays L.) Based System in the Hills of Nepal

A farmer’s field trial comparing the conservation tillage, where tillage was avoided and previous crops residues were kept and conventional tillage, where tillage was done and residues were removed from the field along with farmers practice of manual weeding and application of herbicides under maize-rapeseed based cropping system in the mid hills of Nepal was carried in collaboration with farmers during 2012 and 2013. Thus, three factors each having two levels was tested under randomized complete block design with five replications in each districts of Palpa and Gulmi.  The effect of tillage methods and residue levels were not significant for yield and its’ contributing traits of maize and test weight along with seed yield of rapeseed. However, it was evident in the second year. The effect of herbicide over farmer’s practice of manual weeding on diameter and length of cob, test weight and grain yield of maize was obvious in both the years. The benefit cost ratio of 1.7 in conventional tillage with residue removed and 2.5 in no tillage with residue kept were recorded in the second year. Since, it reduced significantly the cost of production without severe yield penalties; farmers are interested to scale-up the conservation agricultural practices in the hills of Nepal. 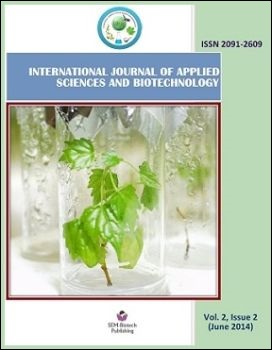