External morphology of teleost brain is organized in such a way that it reflects the correlation between sensory adaptation and principal modes of activity very clearly. Channa gachua, Garra annandelei and Heteropneustes fossilis are among the 168 fresh water fishes recorded in Nepal. While examining the gut contents of these fishes, it was found that C. gachua fed primarily on insects, G. annandelei fed mainly on filamentous algae whereas H. fossilis fed both on plants and animals. Their brain morphology revealed that olfaction in C. gachua was stronger than in G. annandelei and H. fossilis. Similarly, optic sense was also more powerful in C. gachua than in G. annandelei and in H. fossilis. On the contrary, cerebellum of H. fossilis was more developed than that of G. annandelei and C. gachua. These morphological differences of brain could be undoubtedly correlated with the carnivorous, herbivorous and omnivorous feeding behaviour of C. gachua, G. annandelei and H. fossilis respectively. Moreover, in all three fishes, around 20% of the total gut content was made of mud and sand, and they all had inferior mouths, indicating that they were bottom feeders. 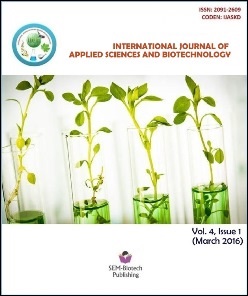