Sero-Surveillance of Brucellosis in Cattle of Chitwan District, Nepal

A cross sectional study was conducted in Eastern and Western parts of Chitwan district from November 2015 to April, 2016  in two parts, the social study followed by biological to determine and compare the prevalence, distribution of antibodies, and level of awareness of farmers  against Brucella abortus in cattle of the two regions of same district. Altogether blood samples of 92 cattle were taken for detection of Brucella antibodies by using RBPT test and the positive samples were further retested by Indirect ELISA test through ID Vet iELISA kit 2016. The samples which showed positive on both tests were confirmed as seropositive. Chi -square test and Fisher Exact test was used to find out the association between various variables. The result showed that 14.13% (13/92) and 10.86% (10/92) sample were positive by RBPT and iELISA test respectively. There was no significant prevalence differences (p>0.05) on location, age group, breed type, and method of service (artificial and natural) used in cattle. Comparing abortion with prevalence of Brucellosis, there was significant differences (p<0.05) in the result of both RBPT and iELISA test. Inferring from this result, there is association between the abortion and occurrence of Brucellosis. The higher significant prevalence differences (p<0.01) was according to the time of abortion where higher seropositivity was obtained in the cattle aborted on 5-7th month of pregnancy and cattle of 3rd parity. The study showed the existence of Brucellosis in Chitwan district with no adoption of any preventive measures against this disease, so here is current need of the strategies for its prevention and control in order to mitigate such overwhelming situation. 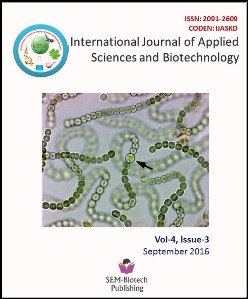