Nitrogenase activity was analysed after supplementation of various carbon and nitrogen sources in the growth medium by Acetylene Reduction Assay methods in selected 9 isolates from 74 diazotrophic isolates.  Enhancement in nitrogenase activity was recorded many fold by the addition of different organic carbon sources in which maltose and pyruvate showed better result than others. In case of supplementation of nitrogen sources, reduction of nitrogenase activity was observed.  Nitrogenase activity increased from 22.7 to 72.7% in various strains when they are tested in anaerobic condition, Amplification of fragment of 390 bp showed that nitrogenase activity due to presence of nifH gene.  Sequences were submitted to NCBI GeneBank and the accession number of nifH sequence of ECI-10A (FJ032023), AF-4B (FJ032024), AF-4C (FJ032022) and BN-2A (FJ032021) has been obtained. Phylogenetic analysis based on showed that these 4 isolates belong to the member of γ-proteobacteria, but show appreciable genetic diversity. 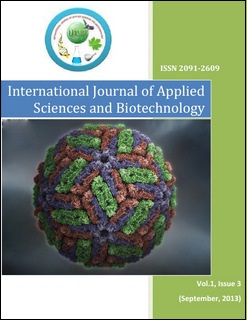