MERS Co-virus protein sequence of N, M, E and S-protein was validated by bioinformatics servers and tools. The study revealed that S-protein shows highest percentage of amino acid and the least in M and E-protein. The bit score also shows the same trend but the E-value is maximum in E and M protein. The amino acid composition revealed that N-protein is rich in glycine and M-protein rich in leucin. Pyrrolysine, Selenocysteine and cystein (N-Protein) are absent in all the protein studied an indication of low thermo stability. The physico-chemical study showed that M, N, and E proteins are positively charged due to specific amino acids (Arginin and lysine) and S-protein is negatively charged due to aspartic acid and glutamic acid. EC is maximum in S-protein. Instability Index (II) shows that E and S-proteins are more stable in test tube than other proteins. Further all proteins are hydrophobic with GRAVY below ‘0’. To get clearer picture of the physical and chemical attribute of the protein we generated 3D model and the model was validated and observed that the 3D structure falls in the accepted limits. The practical implication of the study is that the result will assists the pharmacologist and other drug developers and Government bodies to better knowledge on these proteins and develop possible new vaccine against MERS Co-virus. 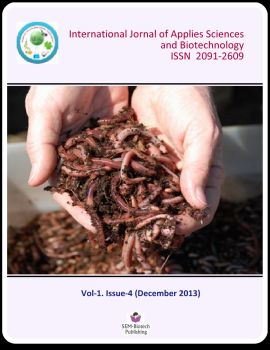