Knowledge and Practices towards Avian Influenza among Poultry Workers in Pokhara

Avian influenza is currently a threat to global health. Prevention and control of Avian influenza depends on the knowledge and preventive practices of the poultry workers as well as general population. This article aims to assess the knowledge and preventive practices related to Avian influenza among poultry workers in Pokhara. Descriptive cross sectional study was conducted among 108 poultry workers in Pokhara using purposive sampling. Data was collected through face to face interview using structured interview schedule. The obtained data was analyzed by using descriptive (frequency, percentage, mean and standard deviation) and inferential statistics (Pearson correlation). The findings revealed that only 11.1 percent of the respondents had good knowledge. Only 26.9 percent gave correct answer about causative agent and three out of four gave correct definition of Avian influenza. Nearly two-third of the respondents had good practice of preventive measures. There was no significant relationship (r= 0.117, p= 0.226) between knowledge and practice score. The study concludes that the knowledge of Avian Influenza among poultry workers was low and the Practice was found relatively better. The groups should be targeted for appropriate intervention based on knowledge. 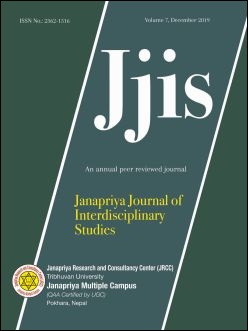