Background: Atherosclerotic coronary artery disease is the modern pandemic and is said to be responsible for a major chunk of sudden cardiac deaths. However, in few cases; especially among the young, conduction system abnormalities were found to be the cause of death with absence of significant coronary lesions. These days, examination of the cardiac conduction system during autopsy has been abandoned as it is said to be a time consuming process. The present study was undertaken to highlight the importance of examining the cardiac conduction system in all sudden death cases.

Materials and Methods: This study was a prospective one, conducted from June 2007 to June 2009 in the department of Pathology, Kasturba Medical College, Mangalore. Forty six hearts of persons who died suddenly were studied.

Results: Our study showed that even though atherosclerotic coronary lesions were the most common cause of sudden death, cardiac conduction defects also contributed to a significant number of cases; especially in the young. In our study of 46 cases; 6 cases showed only conduction system abnormalities. These were young adults who had died suddenly. The predominant lesion identified in them was fibromuscular dysplasia of the nodal arteries.

Conclusion: A detailed examination of the coronaries and the cardiac conduction system should be made mandatory in all sudden death cases, especially in the young as they will help to throw some light into the cause of death. 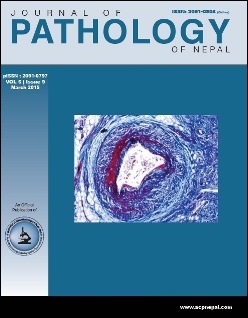