Trees and shrubs on the lower hillsides in Nepal form symbiosis with arbuscular mycorrhizal (AM) fungi and these fungi are important for the uptake of mineral nutrients from the soil and the mycelia formed by the fungi have an important function in stabilizing the soil (Wright and Upadhyaya 1998, Shrestha 1999 and Shrestha Vaidya et.al 2005a). The success of plantations of these eroded slopes is therefore highly dependent on the extent of mycorrhizal colonization of the plants.

In this study we have investigated the role organic matter on growth of an arbuscular mycorrhizal (AM) fungi in eroded slopes in Nepal such as Chalnakhel, Kathmandu District. Different types of organic matter (leaves of Thitonia diversifolia, Eupatorium adenophorum and Lantana camara) were collected and were shade dried and finally powedered. Nutrient analysis was done of these organic matter and soil of experimental site before plantation and after harvest. Lantana camara was taken for plantation on their nutrient content basis. 100 nursery plants Leuceania diversifolia plantation were done in Chalnakhel . Among these 50 plants with Lantana camara and 50 plants were for control. We investigated the influence of organic matter or P amendments on production of arbuscular mycorrhizal (AM) fungi in eroded slopes in Nepal. Organic matter addition enhanced the production of AM fungal biomass as well as number of AM spores. We suggest that the positive influence of such organic matter additions can make an important contribution to plant survival in plantations of eroded slopes in Nepal, and thus to restoration success. 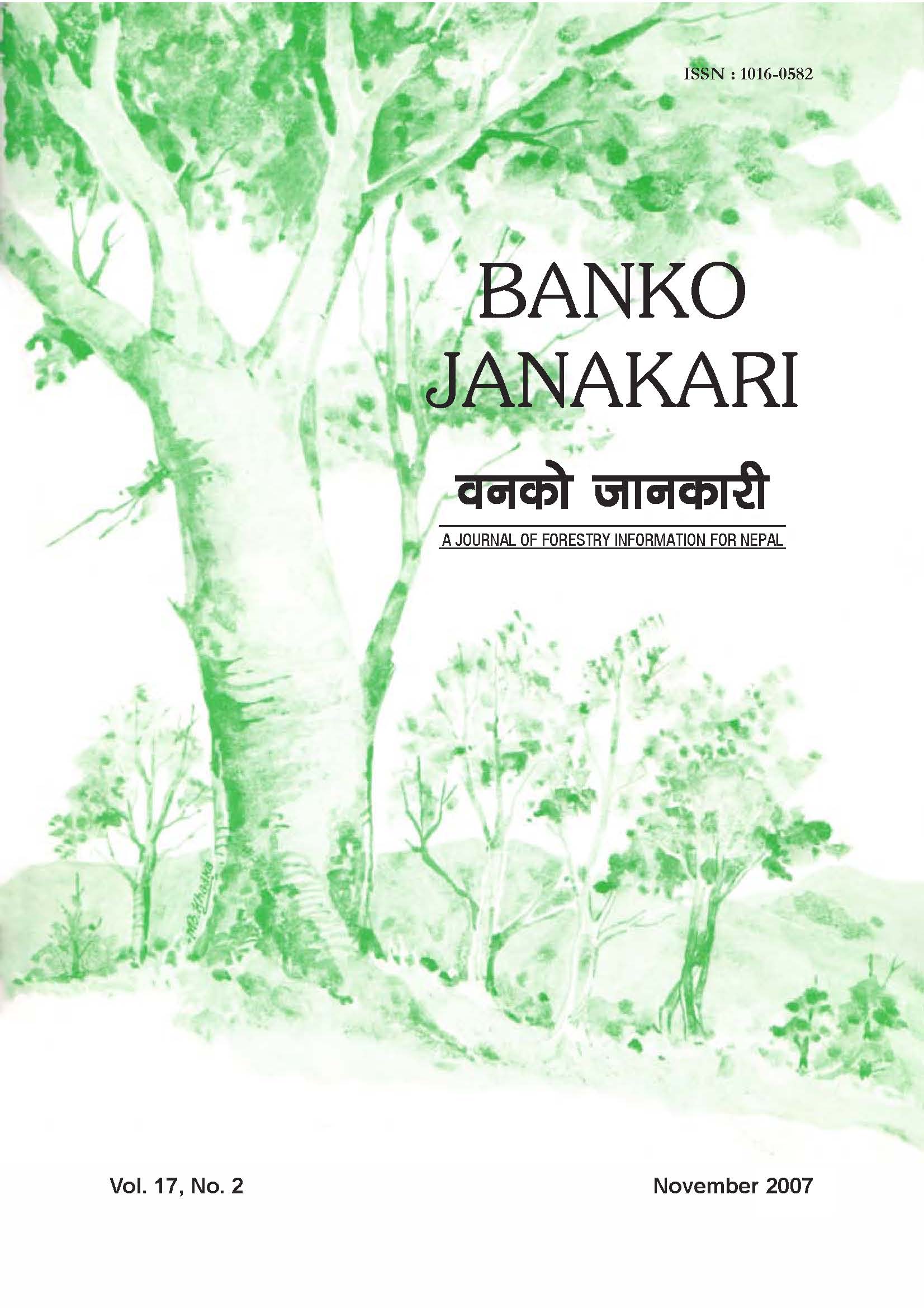